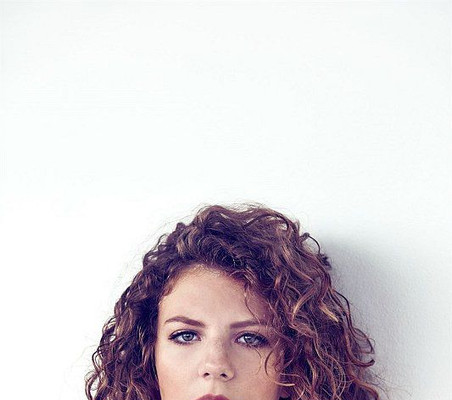 Lenka “Lenny” Filipová can be, boldly speaking, described as the wonder kid of Czech Pop. She started learning to play the piano at the age of four, wrote her first song when she was eleven, played the piano in the band of her mother, a successful pop star, Lenka Filipová, and signed a her own deal with the Czech branch of Universal Music in 2013. She was then only 19. By the end of 2013, she had put out two multi-song EPs, mostly authored by herself. Both records were favorably received, but the following debut tour suffered several postponements – simply because the protagonist was not entirely “happy with it“. Her first LP, Hearts, came out in 2016 and became a huge hit not only in the Czech Republic and Slovakia, but also, for example, in Italy. Ranging from the ballads that characterized her early output, Lenny moved to a thoroughbred pop music style, which incorporated the sound of sharp guitars, caressing r’n’b arrangements and echoes of straightforward 80s music. Lenny‘s modern and self-assured approach to pop music was something the Czech music scene was craving for.

She was rewarded by no less than four successfully converted nominations for the Anděl (Angel) Czech Music Prize. Lenny in no way restricts her playing field to the Czech music backyard. The positive reaction her LP received in Italy, particularly the single Hell.o, earned her, a year later, several appearances on various Italian TV shows. In the same year, she extended her contract – to the global level – with the German music concern Universal Music. But even there Lenny intends to continue down a path of her own choosing, largely taking her own decisions, as she confirmed for Musicserver.cz: “They know me well in the Czech branch of Universal so I don’t cause any surprises. But with the Germans, I noticed they were taken aback by some of my reactions. I was not used to other people doing the thinking, agreeing or recording for me, without my approval. If I believe I’m right, I don’t budge.” Lenny plans to release her next album in 2019. So far, it has been preceded by two songs – the racy and charged Enemy (reflecting the merciless behaviour within the music industry) and the cuddly and sentimental ballad Home. The two songs may differ in style, yet they both visibly stress the underlying pop potential, which typifies all Lenny’s compositions, enhanced by inventive electronic arrangements. This stubborn young lady certainly knows, what she’s doing.