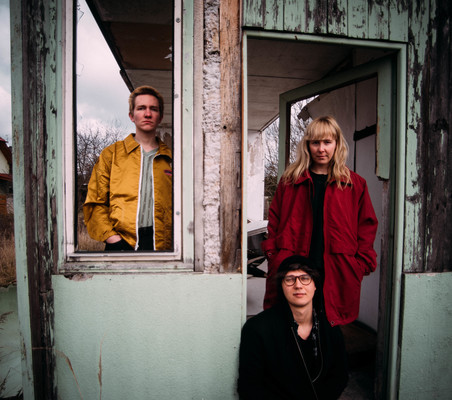 Directness, fuzz and a dirty British club in the 80s-like feel. The Brno (CZE) based noise-rock three-piece sinks was established in the second third of 2019 with the intention to create minimalist, yet expressive music that takes the lyrical side just as seriously as the music and doesn’t fall into clichés of contemporary indie scene. Vendula Pukyšová, Peter Štímel and Antonín Mika don’t need to pretend; they just serve it to you like it is, overlayed with an uncompromising instrumental and a perfect British accent. Their first EP june came out on September of 2019 and the first full-length will be released in autumn of 2020 under Berlin’s CRAZYSANE RECORDS. During the short existence of the band, they have played countless concerts not only in the Czech Republic but also abroad and built a faithful and wide fanbase in Brno. Currently, sinks gig regularly and spend time creating music for the upcoming LP. Doesn’t matter if you like the band’s music or not, one thing is for certain: sinks aren’t going anywhere any time soon.