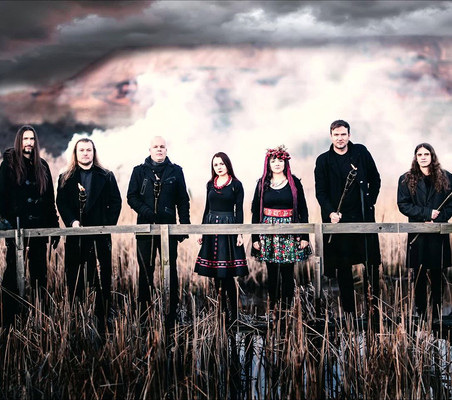 Silent Stream of Godless Elegy are Czech folk metal pioneers. Since their founding in 1995 they have been enchanting audiences home and abroad with their unique blend of doom metal and Moravian folklore music. During their long career they have performed hundreds of shows both abroad and in Czechia, sharing the stage with legendary bands like Anathema, The Gathering or Cradle of Filth. They won the Anděl award for the best Czech hard & heavy record twice. And in 2011 their album Návaz was released by the famous French metal label Season of Mist.

Their last record Smutnice (2018) was recorded in GrapowStudios in Germany by the legendary Roland Grapow (Helloween, Rampage) himself and produced by Yossi Sassi  (ex-Orphaned Land).