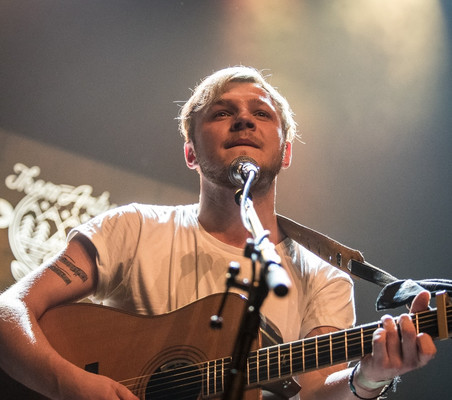 Thom Artway could be a modern day hero from a fairy tale about a poor boy who owed his fame to good fortune. Or, equally: how a sad boy made it from the attic to the Sziget Festival. But let us not jump ahead... A talented young musician belongs to that generation of songwriters who, with guitar in their hand, grow up in the streets of the big cities of this world. Artway wrote down in the opening page of his diary a note about starting his musical journey by the so-called Lennon wall in Prague’s Lesser Quarter only to find himself “all of a sudden” on a half year long tour of Australian cities, winding up in Sydney. Hardly anybody knew him at home in the Czech Republic…, that is until 2015, when his single “I have No Inspiration” became an immediate hit staying, for over one year, near the top position of the Czech Hit Parade. Soon after came similarly successful songs Blind Man and Conformity, followed by Artway’s debut album Hedgehog released by Warner Music (2016).

This record, several months later, won 2 prestigious domestic Angel Awards in the Male Singer and the Discovery Of The Year categories. Artway opened a few concerts for the famous young French singer, Zaz, and shared the stage with Glen Hansard who invited him twice as a guest to his shows in the Czech Republic. In 2017, Artway became the winner of a prestigious international project called Czech Fresh. The victory secured him a deal with a major world-wide booking agency United Talent Agency. It gave him the opportunity to work in one of the best domestic recording studios and a chance to shoot a video clip in the YouTube Space Lab in London. It also provided him with a few slots at important international festivals, the largest of which was the Island Of Freedom Sziget Festival in Hungary. By then, it was August 2018 and, at the end of that month, Artway’s second album All I Know was released. Spring release of the first single from the first album was followed by the October single Sleeping Next to You, which premiered in British web magazine "Clash" and the release of the new album will be advertised by the premiere of the clip "Can´t Wait", which is going to appear a week before Eurosonic. The album itself will be released in May 2019. The CD got rave reviews paying tribute to Artway’s overstepping his own shadow, fine tuning his own style and appropriating, in a highly personalised manner, the British song-writing tradition with a touch of tenderness, melancholy and quiet joy. “The debut album ‘Hedgehog’ was, even with the hit ‘I Have No Inspiration’, mainly suited for autumnal evenings by the fireplace. The latest album ‘All I Know’ has at least two suppoting pillars. One pillar celebrates the love of music in its innermost form, the other pillar proves that even with all the modern production technology and the occasional desire to experiment this talented boy from the village of Vlachovice will always find a way,” wrote the top Czech music website Musicserver.cz. It is not alone in expecting more things to come from Thom Artway.