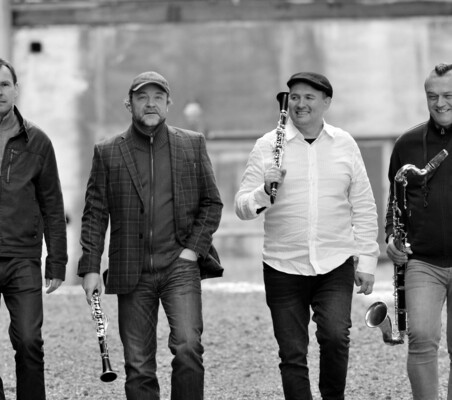 Clarinet Factory has been performing on Czech (as well as on European) scene for two decades now, during which they attempted to interpret various genres and experiment in the field of classical music, jazz, electronic music and ethno. They have worked with Bobby McFerrin, Jana Koubková, Brno Philharmony, Lenka Dusilová and many others. Their song Orlik has won the International Songwritters Competition in Nashville USA (Tom Waits or Sonny Rollins were in the jury there). Lately they mostly perform with percussionist Alan Vitous, but they also give site-specific performances with Jindrich Trapl or Petr Nikl.