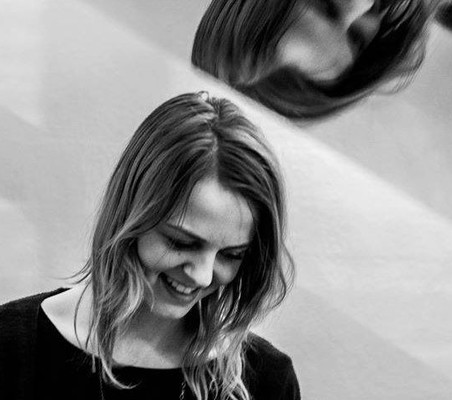 Bára Zmeková is a singer-songwriter and pianist from Prague. Her music is a blend of folk, jazz and classical spiced with a bit of electronic.

“She immersed in jazz exactly as it should. Accidentally, off the road, honestly. I believe that this girl will leave a trace on the European sky of a new generation of free musicians.” (Tomislav Lovro Pavleka, Kamene priče - jazz apartments).

Fragile and earnest nature of her songs is balanced by humour and playfulness and she is practically inseparable from the piano. Singing her songs in Czech, she has ability to take her audience for a soul trip even though they don’t understand the lyrics.

In 2013, she won the Czech national songwriting competition 1MAN2PLAY. Her debut album Jeste Kousek (“A bit more”) was recorded at famous Czech studio Jamor and released in the same year. She has performed at major music festivals including Colours of Ostrava, United Islands of Prague - Club Night or in Banat Festival in Romania. She is a regular performer in Czech clubs and in 2016 she supported Sophie Hunger at Palac Akropolis. She has also played many concerts out of Czech Republic (Open Studio - Melbourne, Kino Šiška - Ljubljana, Kamene priče Jazz apartments - Bale, Buffet Bunker - Pazin etc.) and has taken part on few very interesting Czech compilations (Bulisovi, 2015; Akt - Kittchen, 2017; Superhrdinky, 2017) and is cooperating with theatre. Bara is also part of the electronic music group FORMA, who composed an original score for Fritz Lang’s Metropolis and Erotikon by Gustav Machaty.