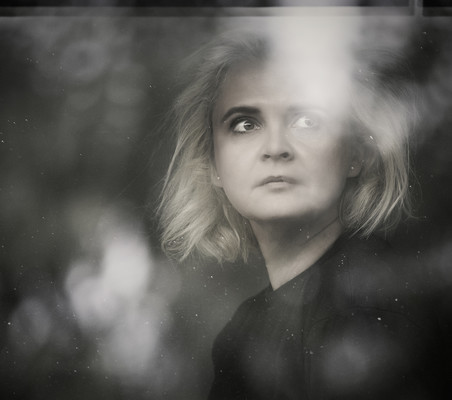 As pianist and composer BEATA HLAVENKOVÁ has released four albums on Animal Music: Joy for Joel  (2009), Theodoros (2013), Scintilla (2015) and Bethlehem (2017). The album Theodoros received the Anděl  Award for the best jazz album of the year and all the remaining albums were nominated for the prize. In the  fall 2019 Beata has come with a new solo-authored project with a poetic title SNĚ, in which she for the first  time appears in the role of singer. The album is nominated for the Anděl Award in 2 categories - the best  female artist and the best folk album. Beata has chosen poems by her favourite authors, Petr Borkovec and  Bohuslav Reynek, and set them to music. Two of the sons are based on her own texts and two others  musicalize lyrics by Dorota Barová and Martin Vedej. Her main musical partner on this album is OSKAR  TÖRÖK (Vertigo, Wojtek Mazolewski Quintet) who has contributed not only in his traditional role as  trumpetist but also as drummer, percussionist and singer. The album has been co-produced by PATRICK  KARPENTSKI (ex Baromantika, Toxique, Lake Malawi) Hlavenková’s husband who also recorded the guitar  tracks and along with bassist Miloš Klápště (Tryptych, Aneta Langerová etc.) create the band Kapela Snů.  The title SNĚ is a shortcut for everything that the album contains: poems (báSNĚ), songs (píSNĚ) and  dreams (SNĚní). On her approach to setting texts and poems to music Beata has remarked: “I’ve always  been fascinated by the process of attaching a melody to a text which already carries an emotion, its own  rhythm and even harmonic atmosphere. What does not appeal to me, however, is mounting a text onto a  finished melody,” In foregrounding the song form on this album, Beata removes her music further away from  the limits of jazz within which she used to operate, and brings it forward in the direction of contemporary  cross-genre songwriting. Her unique style, however, is still very much recognizable.

The cross-genre music of Beata Hlavenková is marked by the clearly recognizable style and sensitive,  concentrated interpretation. Apart from her own music she also composes scenic music, film music and  music for children As teacher Beata has maintained a long-term collaboration with the New York University in Prague and has been a mentor for the scholarship programme of the Magdalena Kožená Foundation  MenArt.

In the past she has collaborated on long-term basis with Lenka Dusilová (Baromantika, Eternal Seekers) and many other musicians on the Czech and international music scene (Iva Bittová, Dagmar Voňková, Jaromír  Honzák, David Koller and Ingrid Jensen).