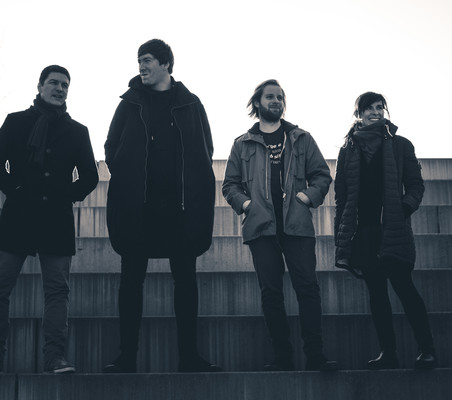 Alternative indie rock, which is characterized by dynamic transitions from minimalist passages to sharper ones (sometimes even noise ones), which comb through singing in French and Czech. He then ruthlessly plays with the text, which is often inspired by a literary masterpiece (Hájíček, Reiner, Murakami, Breton). The debut album from 2015 L´épitaphe des papillons, which the band recorded in the Jámor studio with Ondřej Ježek and released under the label Červený kůň, was followed in 2019 by the album Another Place, which is already entirely in Czech and was created in collaboration with producer Tomáš Neuwerth. There is the first guest text on this album: Something was from the Brno poet Martin Reiner, other texts are the work of Adéla Polka.