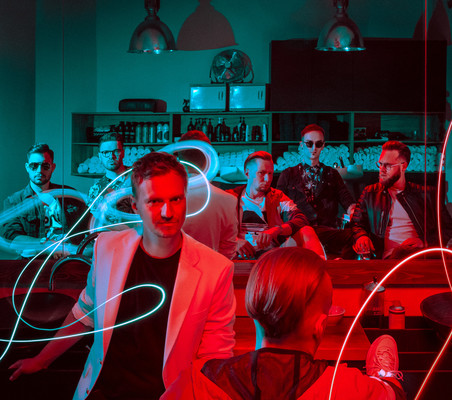 Prague based band, currently getting lots of attention on the local indie scene. Recently released album “In Time” proves the band is capable of making a proper indie pop with, which can boldly compete on the international scene, speaking of sound and production.

Band’s new single „Don’t be late“ was very well acclaimed by the international jury at the Nouvelle Prague 2019 music conference and Megaphone was compared to bands like Bloc Party or The 1975. That perfectly matches with the direction the band wants to be heading. Megaphone has already performed at the major Czech music festival such as Colours of Ostrava, Rock for People or Metronome but the band also feels great in the clubs such as Cafe v Lese or Cross.

The sound of the band is based on a fresh production, signature electronic sounds mixed with live instruments supported by the stage light design. Radio Expres FM (Czech response to BBC Radio 1) picked two singles from the latest album “In Time” and both are aired in the regular daily rotation. That‘s just another evidence that Megaphone is on the right track in reaching out to people.

Year 2020 is a massive challenge for the band to push the borders and introduce their music to new audience in Czechia but also in other European countries.