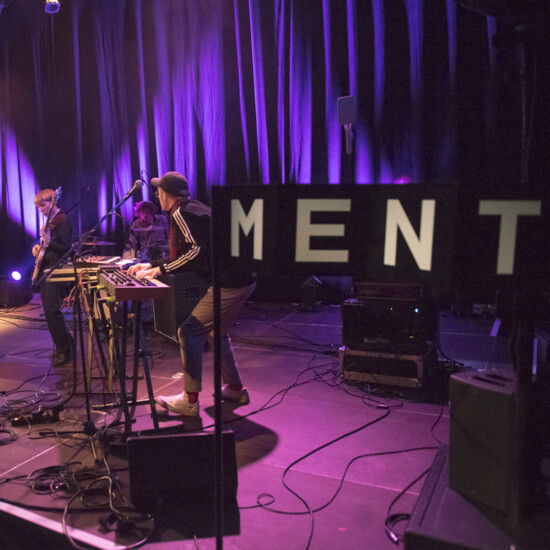 MENT Ljubljana has revealed the full programme for the 8th edition of the Slovenian showcase festival, which will take place in Ljubljana between 8 and 10 June 2022.

A festival of music discovery focused on local, regional and European scenes, in 2022 MENT returns to its traditional three-day format with an international conference, which regularly attracts hundreds of professionals from all over Europe.

This year, MENT is joining forces with the Austrian festival Elevate and Slovenian festival Druga godba, which will curate part of the programme and participate in the conference. In collaboration with Tresk Festival, MENT is also organising an international record labels fair.

For the grand Wednesday opening at Kino Šiška, the acclaimed American singer-songwriter and producer Yves Tumor is making their Slovenian debut as the main act of the night. Among the many exciting acts performing on Thursday and Friday, we find the Ukrainian hip-hop icon Alyona Alyona, French avant-pop artist Oklou, UK singer-songwriter Martha Skye Murphy and virtuoso Austrian keyboardist Dorian Concept.

Adding to the list of already announced speakers, MENT reveals the names of all the guests and full programme of this year’s conference, which is dedicated to education, networking, professional debates, presentations of technological innovations and other current topics within the music industry and creativity.

On Thursday, the conference will traditionally take place in Kino Šiška, M Hotel and for the first time in the Computer Museum in the immediate vicinity. On Friday, it will be held in the centre of Ljubljana near Križanke Summer Theatre.

The MENT conference includes a special section dedicated to the electronic music scene. As part of the collaboration with the interdisciplinary Graz-based festival Elevate, which will curate Friday's programme at the clubs K4 and Zorica, there will be an interview with co-founders Ronald Oreski and Bernhard Steirer. The Berlin-based Croatian booking agent Nadja Bozic will present her booking agency Ekipa, whose roster includes names like Call Super, ANZ and Bruce. On the panel Prospects of the Slovenian Electronic Music Scene, various representatives of the domestic scene will share their views on the situation. The list of speakers also includes the representatives of two important European electronic music outlets, Ela Radić (Mixmag Adria, HR) and Freddie Hudson (Inverted Audio, UK).

The programme at the new festival venue in the Computer Museum will be dedicated to digitalization and new technologies. Bas Grasmayer (MUSIC x, DE) will talk about the potentials of Web3 technologies (blockchain, NFTs, DAOs) in the context of the music sector. The founder of the research and analytics platform Viberate Vasja Veber will present their tools for measuring activities on social networks and streaming platforms. Bojan Musulin (IDJDigital, RS) and Bojan Bojko (više manje zauvijek, HR) will go into the newer models of record labels. Joe Danher will speak about the work and role of Merlin, a digital rights music licensing partner for independent record labels, distributors, and other music rights holders.

The MENT conference traditionally offers a number of speed networking sessions. You will be able to meet the representatives of various Central European festivals and independent clubs as well as some important representatives of the Slovenian and Czech music industry. See the full programme and explore the list of conference speakers.

M E N T Ljubljana. Produced by Kino Šiška. Conference co-produced by Sigic.
The festival is supported by the City of Ljubljana and the Ministry of Culture of the Republic of Slovenia.