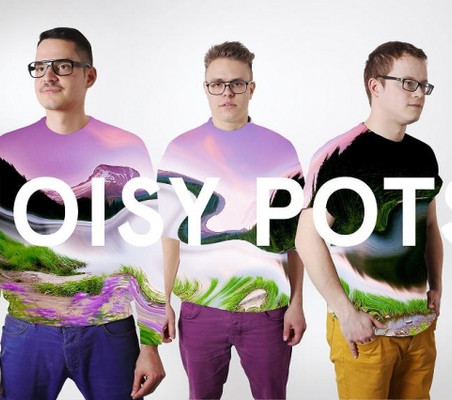 Based in Prague, Czech Republic, Noisy Pots came up to the music scene in 2014 with teir so called “DIY kitchen electro” style. Acoustic sound of pots, buckets, cans and other stuff from the kitchen and garage combined with live synths, samples, vibraphone and vocals delivers a unique and unusual sonic timbre. Their live performances are full of spontaneous energy and catchy grooves.

Members of the band – Jakub Tengler and Michal Šupák have very diverse musical background. Inspiration comes from artists like Moderat, Totally Enormous Extinct Dinosaurs, Seekae, Com Truise or Stimming,  and even jazz or classical influences can be noticed in Noisy Pots’ music

The band, formerly as a trio with Emil Machain released their debut album “Home Alone” in 2015. Singles Runner, Gastronomy and Flowers are in rotation in local radios in Prague. The band toured clubs and festivals including Colours of Ostrava (CZ) and Donauinsel Fest (A) The Alternative Great Escape (UK) and they regularly travel to other european countries as buskers. These random gigs which often end up as wild street parties make their international fan base continuously growing.