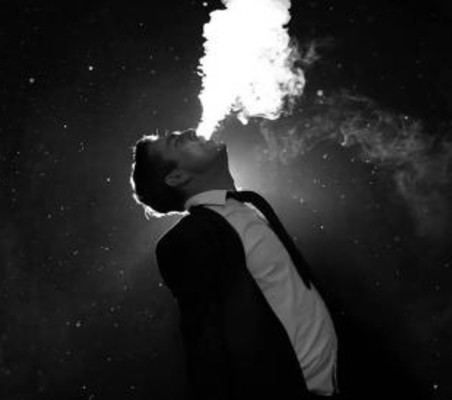 The 4th of September 2020 is the release date for Adrian T. Bells Third solo Album Navigator Adrian T. Bell, a British musician based in Prague, formerly the front man of The Prostitutes, releases his third solo album, simply called Navigator, on the 4th of September. It was created in collaboration with American music producer Sylvia Massy, ​​holder of dozens of Gold and Platinum awards, who collaborated with musicians like Johnny Cash, Prince, Red Hot Chili Peppers and Tom Petty and the Heartbreakers. The album originated in the spring of this year in the famous La Fabrique studio in Saint-Remy de Provence and the Faust Studios in Prague. After the two solo albums Different World (Apollo for the album of 2014) and Night and Day, Adrian T. Bell and his band, The Sleeper Agents, give us an album that tells of the dilemmas of the contemporary man in the modern world. A man who would like to conquer, save, or maybe escape the world, but the reality of everyday life offers the routine to paying bills and permanently unclogging pipes. "My grandfather worked as a policeman during The Blitz in London and was busy working to save lives," says Adrian. "I went to the Navy at the age of sixteen, and travelled the world.” Such opportunities for fulfilling the male-minded self-realization are now ever more difficult in the reality of the European metropolis. Navigator adresses such thoughts and dilemmas and perhaps offers a moment of escapism. Every one of us dreams of doing something different and we as “sleeper agents” are waiting for that moment when one day we hear the phone ring and are given an order to perform some task that will truly fullfill us.

Collaboration with a new music producer has brought new experiences. Sylvia Massy says that the artists she produces are trying to provide a framework in which their work is better. "Sylvia has a lot of ideas and very unconventional sound experiments, but the resulting sound preserves the authenticity of the demo recordings. That's exactly what I thought, "Adrian says. "When I learned that Sylvia, a renowned and highly sought-after producer, agreed to my collaboration offer in January, it took me a while to believe it. Sylvia gave me the condition that I must write one song each day. And so I composed, under pressure, to achieve the best results. Most of those demo recordings eventually hit the record. " The result is nine strong tracks, with at least seven with single potential. The genre is not clearly defined, but overall the album has a cinematic quality as if we were thrown into an adventure with elements of Motown, Funk, Pop, Rock and country. The Album takes its name fro the track Navigator, a song that was recorded in Prague's churches in addition to the studio - the organs are from Saint Salvatore and bells from the Saint Vitus.