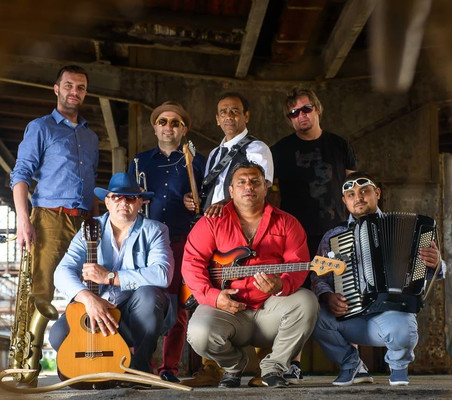 TERNE CHAVE are considered as leading and one of the best known gypsy bands in the Czech Republic, always knowable for their distinctive and personal style.

Already many years ago these musicians have stood on their own feet and crossed borders of Roma ghetto. Taking also their gadjo friends as musicians among themselves they set out into the big world. Touring Europe from Czech Republic and Slovakia via Hungary, Italy, Spain, France, Germany, Belgium, The Netherlands, England to Scotland, wherever they went people danced.

Today the Terne Chave are band without ethnic or genre limits but their gypsy roots give them a solid base for musical trips to destinations too distant for many others. The band doesn’t fuss about style too much and you will have no time to think about it too because much of their songs are played with devil’s tempo.