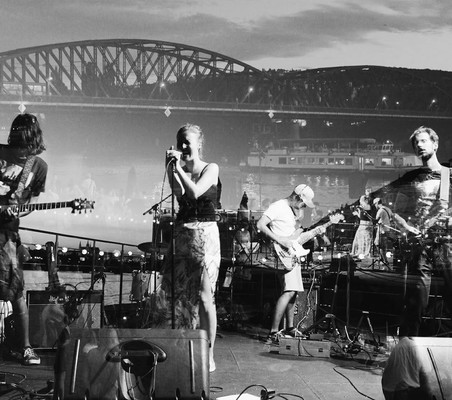 This group of five from Ostrava started in 2010 as a rock'n'roll band. They later did not refuse acoustic sets and busking but they gradually worked their way up to the indie-rock present that can't deny either post-rock or shoegaze influences. After three previous EPs’ they came out with their debut album entitled Distant Edges (X Production, April 2016) - under the production of Tomáš Neuwerth. Dreamy, atmospheric landscapes decorated by a pleading vocal of Eva Konečná let us remember the British bands associated with the 4AD label. Among others, they performed with the Belgian band Ilydaen, and they supported the American King Who in the Roxy music club. They say that the worst thing for them is the phrase ‘music industry’, or possibly its worse version of ‘show biz’. ‘We do not feel to be a part of it, nor do we know whether this is what we ever wanted’.