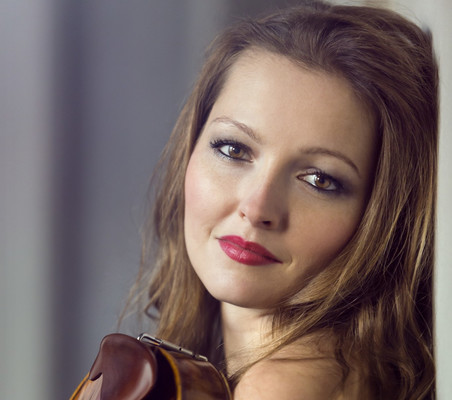 Kristina Fialová has been primarily praised by the critics for her impeccable technique, impassioned performance and sophisticated musical sentiment. After winning the Michal Spisak International Competition in Katowice, Poland, she was invited to the major concert stages around the world. Her appearance at the prestigious Tivoli Festival in Denmark was followed by her debuting in Tonhalle Zürich, Cologne philharmonic hall, Sumida Triphony hall in Tokio, Gran Teatro Nacional in Lima and giving a recital at the Prague Spring festival.

Kristina is a founder and director of the Oscar Nedbal International Viola Competition in Prague and music director of the South Bohemia Chamber music Festival. Kristina has been a Professor of Viola at the Prague Conservatory since September 2020.

Kristina plays a Carlo Antonio Testore – Contrada 1745 viola. She is a Pirastro artist and she exclusively uses Pirastro strings.