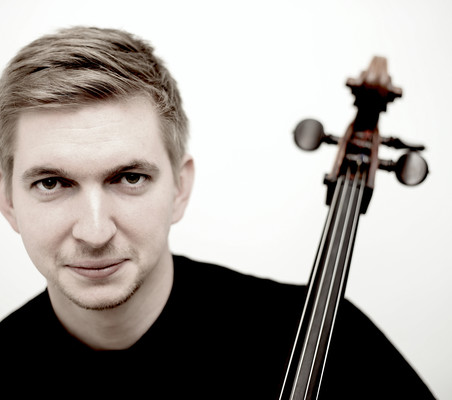 Tomáš Jamník is a Czech cellist, residing in Berlin. Recognized for his indepth knowledge of each performed piece, attention to details, and his strong interest in discovering yet not-so- known music to the world, Tomáš has established himself as a celebrated soloist both in classical and contemporary music.

In 2006 he became a winner of the Prague Spring International Music Competition and was awarded a number of special prizes, including the Czech Radio prize, Oleg Podgorny Prize, Gideon Klein Foundation Prize, Pro Harmonia Mundi Foundation Prize and the Artist’s Life Foundation Prize. He was also a finalist at the Pierre Fourniere Award 2011 in London.

Tomáš has performed extensively with top international orchestras in Europe, U.S. and Asia including the Czech Philharmonic Orchestra, Prague Philharmonia, Jerusalem Symphony Orchestra and Philharmonia Orchestra London. As a chamber musician he has performed in venues such as Barbican Hall in London, Philharmonie in Berlin, Elbphilharmonie in Hamburg, Kitara Hall in Osaka, Rudolfinum in Prague or Mozarteum in Salzburg with pianist Ivo Kahánek, violinist Josef Špaček, mezzosoprano Magdalena Kožená, Pavel Haas Quartet or his 'home ensemble' Dvořák Trio.

In the 2020-21 season he will appear among others with Deutsches Symphonie-Orchester Berlin and Jakub Hrůša performing Martinů Cello Concerto No. 1 and in spring 2021 he will have his first tour in the United States, performing Dvořák's Cello Concerto B minor with the Prague Symphony Orchestra and its chief conductor Tomáš Brauner.

Beside his classical career, Tomáš is promoting classical music to broader audiences. In 2016 he founded a project Vážný zájem (‘Serious interest’), which is popularizing classical music concerts in people’s homes and to date hundreds of house concerts have been organised with hundreds of musicians involved. This success brought him to many stages, where he speaks about classical music, lately at TEDx Prague. Tomáš also has a keen interest in contemporary music, having premiered works by Czech composers Miroslav Srnka, Jan Ryant Dřízal, Michal Nejtek, Slavomír Hořínka, Marko Ivanović, Tomáš ‘Floex' Dvořák, Miloš Orson Štědroň, Jiří Gemrot and Ondřej Kukal.

Tomáš Jamník began his musical training in the Czech Republic under Mirko and Martin Škampa and graduated under Josef Chuchro at the Prague Academy of Performing Arts. He continued at the Hochschule für Musik und Theater in Leipzig under Peter Bruns and at the Universität der Künste Berlin under Jens Peter Maintz. He enriched his education in the Karajan Academy in Berlin under Ludwig Quandt as well as at the Kronberg Academy under Steven Isserlis, Siegfried Palm, Young-Chang Cho and Pieter Wispelwey. He also took a part in master classes given by Heinrich Schiff, Jiří Bárta, Gustav Rivinius and Truls Mørk.

In 2020–21 season Tomáš will conduct his research stay at The Juilliard School in New York. Since 2015 he also serves as the artistic director of the Czech Chamber Music Academy, which cooperates with the German foundation Villa Musica, and since 2019 as the artistic director of the Ševčík Academy, which is helping string players understand the teaching method of the legendary pedagogue Otakar Ševčík.

Tomáš plays the Lorenzo Storioni violoncello from 1784 generously on loan from a private collection of Mr. Aleš Voverka.