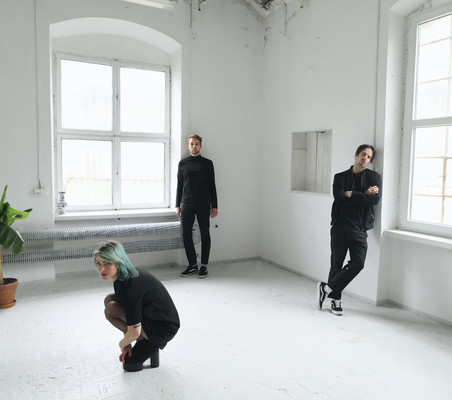 Death by Ren are an exciting, young alternative three-piece band, based in Prague. Marrying melodic guitars and dreamy vocals with intricate beats and raw, pulsating synthesizers, theirs is a sound to really capture the attention.

The first incarnation of the band was born in 2017 when drummer Nick Szabó and guitarist Lukáš Klavrza started to create music together. Joined by singer Lucie Hamzová in 2019, the band’s distinctive sound started to take shape.

Combining lo-fi recording techniques with high-end studio know-how, Death by Ren are able to use their shared pop and rock backgrounds to create new, intoxicating sounds ensuring a new layer is uncovered with every subsequent listen. The idea of the band’s name came from an early beat written by Nick Szabó and described as “a cool song for O-Ren Ishii and the Crazy 88 to walk in slow motion”. After that, the band decided to pay homage to Quentin Tarantino‘s Kill Bill by choosing the name “Death by Ren”.