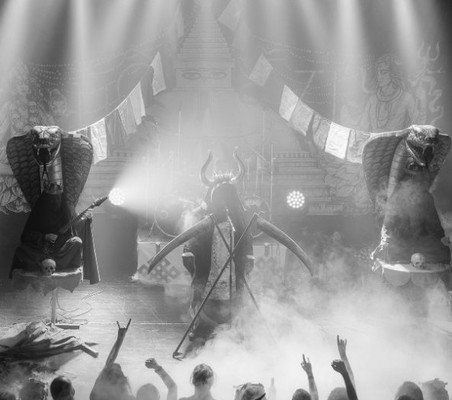 Cult of Fire is a Czech Epic black metal band from Prague, formed in 2010. The members of the band are Tom Coroner, Infernal Vlad and Devilish.
Some bands are just good, others have a special aura. Cult of Fire fall under the second category. Undoubtedly one of the most successful current Czech bands was formed in 2010. Their form of black metal has ingredients of the Far East and this gives their music an occult and pretty unique character. Cult of Fire’s music is demanding and far away from classical fast food black metal. The songs do not follow conventional patterns, but they are always competently arranged. Cult of Fire is a rare live band, but when they play shows they attract true fans wherever in the world.