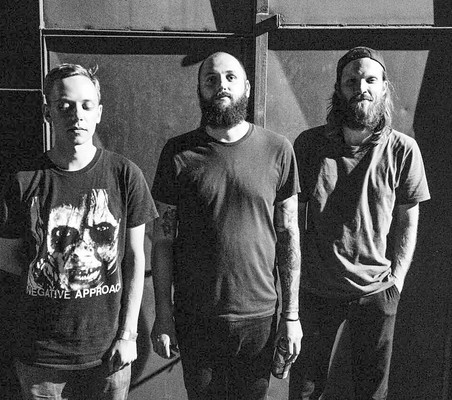 Tomáš Palucha, hailing from Czechia, started as a duo formed by guitarists Jan Tomáš and Libor Palucha in 2012. Their early music was woven by minimalistic and slow overdriven guitar arpeggios recalling post-modern Western film music, reminiscent of the Earth of the early 2010s. A couple of years ago the duo was joined by Zdeněk Jurčík on drums, and Tomáš Vondra on bass (and much more), the band builds up to loud instrumental mantras while still being able alternate them with the intimate guitar dialogues of their early days. You might have seen members of TP performing with The Body – last year at Fluff –, Lavra, Repelent SS or Lvmen.