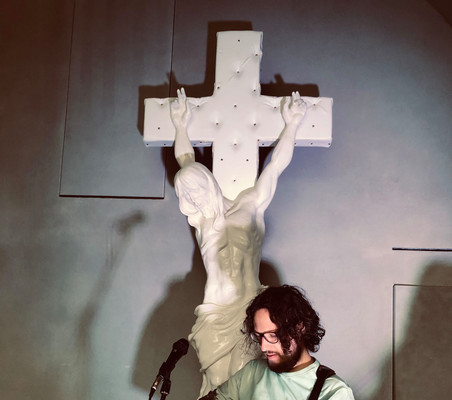 Peter’s solo career began with the pop-rock album "19 Days in Tetbury” which was produced by Greg Haver.

The album featured singles “Sunlight” and “Cool As You”, a duet with Spice Girls’ Mel C.

EPs “Gold” and “Happiest Accidents” followed, Peter was working on them with renowned hitmaker Sasha Skarbek.

In 2019 a new album is coming, this time produced by Mark Plati, a famous musican and former bandmate of David Bowie. Since 2015, Peter has been constantly performing, mostly as an opening act during indoor shows of Czech and Slovak bands (Palo Habera and Team, David Koller, Chinaski, Elan), and went on tour across the USA with bluesman Marc Broussard six times or with Jesper Munk across Germany. In 2018 Peter has performed at the famous Sziget Festival in Hungary.