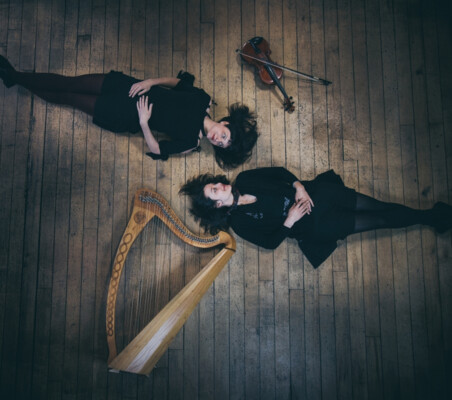 Apart from the violin Jitka Malczyk plays the Norwegian hardanger fiddle, e.g. in the well-known Riders of Rohan in Howard Shore's Lord of the Rings symphony in a Prague Spring festival concert.
Célestine Doedens grew up in Brittany at the very source of the living traditional music and dances. She plays the Celtic harp which has 36 strings.
Deliou draw their inspiration from their musical roots and the traditional folklore of  Brittany, Bohemia, Hungary, the Balkans, Turkey and Scandinavia. Deliou have released their first record “ Mezi listy ” in 2013 (self-edition) that included ten pieces of folk music in original arrangements.
In the autumn of 2018 Deliou released their second instrumental album called Ar Wenojenn ('Path' in Breton) in the Soundevice studio of Boris Carloff in Prague. It captures you by twelve pieces of music. Compositions that are dynamic or peaceful, raw or tender, allowing you to dream or provoking you to a wild dance.
This album is accompanied by a unique audiovisual projection of Ondřej Ševčík and his Primal Ritual.