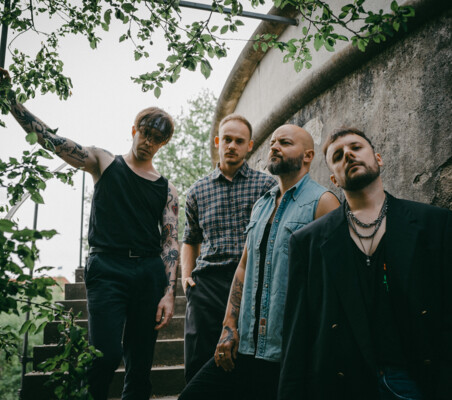 Deaf Heart is a band set on bringing about the renaissance of rock ‘n‘ roll, lead by Thomas Lichtag, an American frontman with captivating voice timbre. Deaf Heart have released a debut video for their single “Blood“ in October 2019, followed by 2 more succesfull singles. Since then they have made it into the playlists of numerous radio stations and become one the most played artists on Evropa 2, the prominent and one of most listened Czech radio stations, focusing mostly on modern foreign music.This ambitious line-up focuses on two things: making quality music and delivering wild live performances. The debut album Soft Heart Attack released in December 2020 has been acclaimed by Czech music journalists and mentioned by many as one of the best rock albums of 2020 in the country. Based on the album success, the band was nominated for several music awards. Deaf Heart released their second album "Curse of the Sophomore album" in spring 2022.