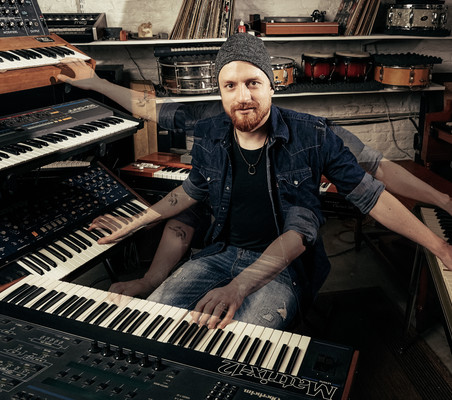 Ondřej Pivec is a Czech-American musician, composer and producer playing keyboards and Hammond's organ. He has lived in New York since January 2009 and has been a US citizen since March 2019. From an originally jazz organist playing almost exclusively a non-standard instrument - Hammond's organ - he gradually worked his way up to the American scene of RnB, soul, pop and gospel. In addition to "hammonds", he also plays various keyboard instruments, sings, is a composer and producer. Ondřej Pivec Organic Quartet is best known for his jazz formation on the Czech scene. In the USA, he most often performs with the band Kennedy Administration and worldwide with the American singer Gregory Porter. He also won a Grammy with him in 2017. He collaborates worldwide with many performers: Wu-Tang Clan, Andra Day, Gregoire Maret, Joel Frahm, Jake Langley, Yvonne Sanchez, Russel Carter, Paul Bollenback, Karel Růžička Jr., Bill Campbell, Nabuko, Billy Cobham and others. He recorded The Green Card Album in New York with American musicians in Ken Wallace's studio. The album was released under the jazz label Animal Music. At the end of November and the beginning of December 2016, he recorded the Terms and Conditions Apply with his Czech band Organic Quartet, which was also released in 2017 under Animal Music.