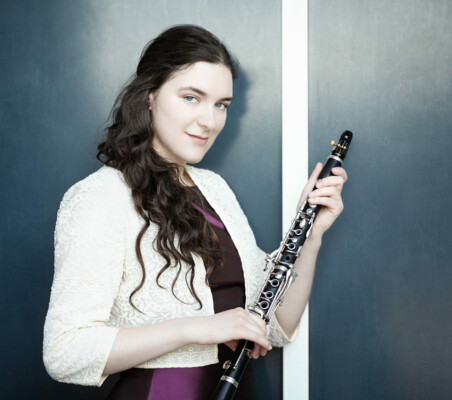 Her greatest success has been 2nd prize at the Prague Spring International Music Festival in May 2015 with a number of special awards, including the Bohuslav Martinů Foundation prize, Gideon Klein Foundation prize, Czech Centres prize and Mercedes Benz prize for the most successful Czech participant of the competition and 1st prize at the Bohuslav Martinů Foundation Interpretation Competition 2016 with special prize of the Artist’s Life Foundation for the best participant of the competition.

Anna was born in 1993 in Prague. She began playing the clarinet at the age of eleven with Karel Mezera. At the age of 15, she played as a soloist with the Prague Philharmonia under the baton of Leoš Svárovský. In 2009 she entered the Prague Conservatory, studying with prof. Milan Polák and prof. Ludmila Peterková. Subsequently she received private lessons with prof. Jiří Hlaváč at the Academy of Performing Arts in Prague (since 2010). Since 2013 she is studying with prof. Jiří Hlaváč and prof. Vlastimil Mareš at Academy of Performing Arts in Prague. At present, she receives lessons with prof. Sabine Meyer and prof. Reiner Wehle at the Musikhochschule Lübeck.