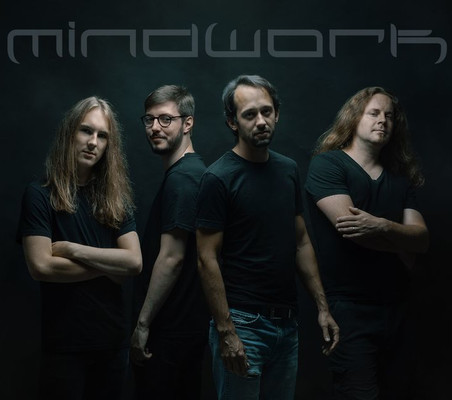 Mindwork is a progressive death metal band from Prague founded in 2007. Since then they've released two highly acclaimed albums (both were nominated for the Anděl award for the best hard & heavy record) and played countless shows, joining legendary bands such as Cynic, Suffocation or Nocturnus. After 8 years of hiatus Mindwork are finally back. New EP „Cortex“ (out on January 2021) is probably the band’s most intense record to date while still maintaining the softer emotional side they have always been known for. The core of the band Martin Schuster (vocals, guitar, music) and Filip Kittnar (drums) was expanded by two new musicians - Dominik Vozobule (bass) and Jiri Rambousek, who was nominated by GuitarWorld.com as one of the 5 most talented electric guitarist of the 2020. The record is also feauturing a guest appearance by Bobby Koelble (ex-Death). Recorded, produced and mixed by the frontman Martin Schuster and mastered by famous metal producer Jens Bogren (Opeth, Between the Buried and Me, Haken etc.), „Cortex“ is the best sounding record Mindwork has made.