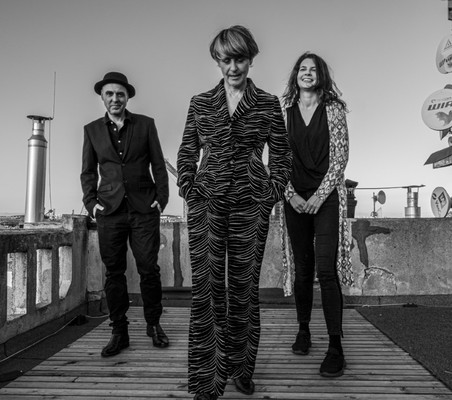 This is a new music project in Načeva, which is called Zdivočelí koně. Wild Horses (in English) are poems set to music by artists from the 1960s and 1980s who were persecuted by the previous regime, such as Václav Hrabě, Ivan Martin Jirous, Pavel Zajíček (the poem Wild Horses was borrowed by the band as the name of the whole project), Vladimíra Čerepková such as Věra Jirousová or Šárka Smazalová. Wild horses sensitively and at the same time strongly interpret poems to which Načeva has a personal relationship. By setting these poems to music, they want to reach an audience that perceives art as a sensitive, inner and important part of our lives, which must be sought in today's fast-paced and consumer world.

Načeva is a prominent personality who appeared in the early 1990s as a singer of local poems by Jáchym Topol. Her career is also connected with Michal Pavlíček, with whom she occasionally performs and collaborates. Načeva also experiments in electronic music, where she collaborates with strong personalities from the Czech Republic, Slovakia and mainly from England. In 1994 she released the album "Možnosti tu sou" with producer Michal Pavlíček, where she sang poems by Jáchym Topol for the first time. This album is becoming iconic. She has also released 9 albums, which are also highly acclaimed. As an actress, she performs in the Prague cult theater performances "Mlýny" of the sklep cellar and "Dechovka" of the vosto5 theater. She collaborates with the Minor Children's Theater. She also collaborates with Czech Radio Vltava as the author of the program "Seventh Heaven with Načeva".