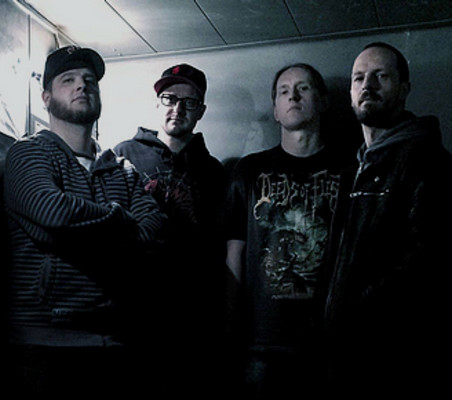 PERFECITIZEN is the natural evolution of the Czech grindcore act, Alienation Mental, when, in 2011 the drummer Jarda, guitarist Tomáš and singer Olda decided to continue creating new madness as a trio and under a new name. The band had always challenged extreme musical limits starting from a technical death-grind and creating a well recognizable modern sound defined as „BLASTCORE“, thanks to each member’s personal playing style and explored the depths of human mind infected by the venoms of the modern society, which manipulate each person‘slife in the eternal search for the PERFECT-CITIZEN.The first work forged in2011 was the demo „Promo MMXI“which opened the doors to the first full length album „Through“ released two years later in 2013 and the split with Dallas based band Meshiha (featuring former members of Devourment).The result of Perfecitizen’s work was the participation to several performances supporting important bands as Napalm Death, Brutal Truth and renowned festivals such as Obscene Extreme and Brutal Assault.The second full length album „Corten“ released in 2015 projected the band in another significant live aktivity (including Tilburg‘s Neurotic Deathfest) and after the departure of singer Olda, Adriano and Honza joined the band respectively on bass and vocals. After the European Blastcore Tour the band returned on the stages of Brutal Assault and performed atFrench Motocultor Festival.

In 2020, the new album „HUMANIPULATION“ is the effort of the new and enlarged line-up to stress new musical horizons beyond all the metal genresby maintaing the band’s BLASTCORE trademark.