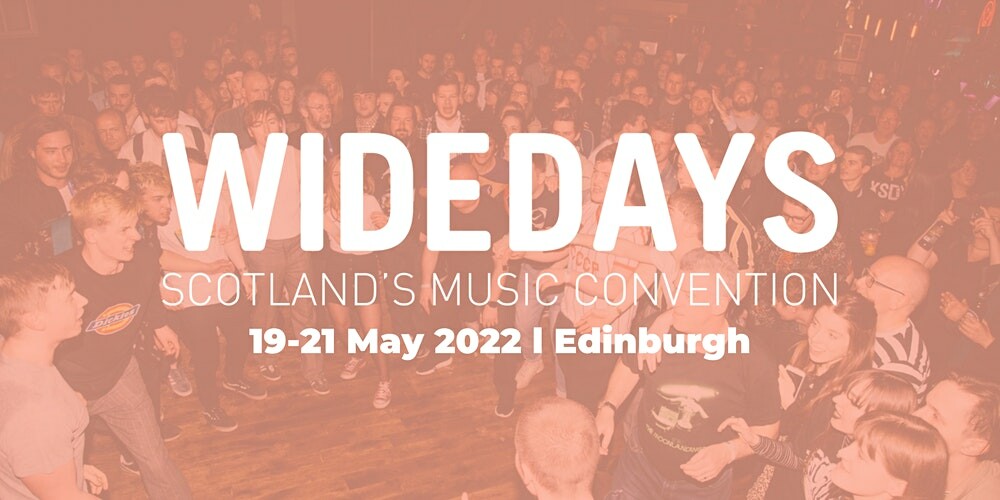 Wide Days was launched in 2010 and is hosted every April in Edinburgh by Wide Events CIC (formerly Born To Be Wide CIC). It attracts key music industry players from the UK, Europe and North America and in 2018 drew 350 registered delegates with a further 800 registrations for the evening showcases snapped up by members of the public.

In 2014 it was named Best Networking Event at the Yearly Music Convention Awards, was runner up in the same category in 2015 and was also nominated for Best Convention Venue in 2016.

Wide Days achieved a gender balance in its speaker programme in 2017, building on the 2016 event, when the majority of showcase acts were fronted by women. It was the first Scottish event to join PRS Foundation’s Keychange initiative which aims to establish a 50/50 split by 2022.

Wide Events CIC has its origins in the Born To Be Wide evenings which was launched in 2004 as a social night for people in the Edinburgh music scene and still hosts seminar and networking events in Central Scotland. Throughout the year the company stages music business seminars, showcases and the Off The Record youth events, as well as bespoke panels for other organisations.  Since 2017 it has also hosted the Scottish reception at The Great Escape in partnership with Creative Scotland.